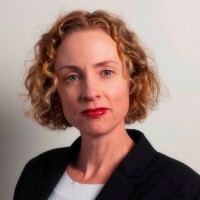 Professor Jane Lydon is the Wesfarmers Chair of Australian History at The University of Western Australia. Her books include Eye Contact: Photographing Indigenous Australians (Duke, 2005), The Flash of Recognition: Photography and the Emergence of Indigenous Rights (NewSouth, 2012), Photography, Humanitarianism, Empire (Bloomsbury, 2016), and the edited Visualising Human Rights (Perth, 2018). She led the Returning Photographs project between 2011-2019 which can be accessed at: Returning Photographs https://ipp.arts.uwa.edu.au/. Her book Imperial Emotions: The Politics of Empathy Across the British Empire (Cambridge University Press, 2019) examines the way that emotional narratives created relationships across the British empire, throughout the nineteenth century and into the present. She is currently working on a study of the British anti-slavery movement and Australian colonization during the nineteenth century, titled No Slavery in a Free Land? Anti-Slavery and Australia, 1780-1900 (Routledge 2021). 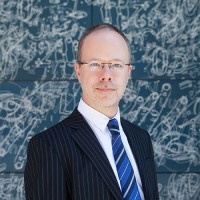 Paul Arthur is Vice-Chancellor’s Professorial Research Fellow and Chair in Digital Humanities and Social Sciences, at Edith Cowan University, Western Australia. He speaks and publishes widely on major challenges and changes facing 21st-century society, from the global impacts of technology on communication, culture and identity to migration and human rights. Since 2017 he has been Director of the Edith Cowan Centre for Global Issues. A Fellow of the Royal Historical Society, he has held visiting positions in Europe, Asia-Pacific and North America. 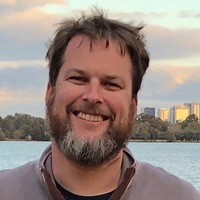 Jeremy Martens teaches global history at the University of Western Australia; South African, African and British imperial history; and the history of race and racism. His research interests include the evolution of immigration restriction legislation in Australia, New Zealand and South Africa, as well as race, gender and the law in nineteenth- and twentieth-century South Africa.  In addition to publishing widely on South African, Australian and British imperial history in scholarly journals, he is the author of Empire and Asian Migration: Sovereignty, Immigration Restriction and Protest in the British Settler Colonies, 1888–1907 (UWAP, 2018) and Government House and Western Australian Society, 1829-2009 (UWAP, 2011). The latter book was shortlisted for the 2011 WA Premier’s Book Awards (WA History) and received a Special Commendation, 2012 Margaret Medcalf Award. In 2020 he was awarded the annual Marian Quartly Prize for 'The Mrs Freer case revisited: marriage, morality and the state in interwar Australia,’ History Australia 16.3 (2019).

Zoë Laidlaw is Professor of History at the University of Melbourne. She returned to Melbourne in 2018 after spending 21 years studying and working in the United Kingdom. Zoë’s research focuses on how networks of connection and information shaped and facilitated nineteenth-century British colonialism; the intersections between settler and slave colonies; and imperial humanitarianism. She is the author of Protecting the Empire’s Humanity: Thomas Hodgkin and British Colonial Activism 1830-1870 (Cambridge UP, 2021) and Colonial Connections 1815-45: Patronage, the Information Revolution and Colonial Government (Manchester UP, 2005), and co-editor with Alan Lester of Indigenous Communities and Settler Colonialism: Land Holding, Loss and Survival in an Interconnected World (Routledge, 2015). As well as ‘Western Australian Legacies of British Slavery’, Zoë is a Chief Investigator on the ARC Discovery Project, ‘Inquiring into the British World after 1815’, and has three AHRC Collaborative Research Training Grants with The British Museum exploring its Australian collections. 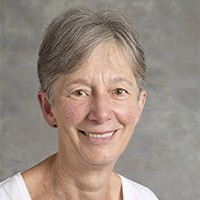 Catherine Hall is Emerita Professor of Modern British Social and Cultural History at University College London, Chair of the Centre for the Study of British Slave-ownership and Fellow of the British Academy. Her research centres on rethinking the relation between Britain and Empire in the early/mid-nineteenth century and reflects on the ways in which metropolitan ideas and practices have been shaped by the colonial experience. Catherine was Principal Investigator of the ESRC-funded project ‘Legacies of British Slave Ownership’ (2004-12) and the ESRC/AHRC-funded ‘Structure and Significance of British-Caribbean Slave-Ownership, 1763-1833’ (2013-16). At the core of this work is a database containing the identity of all slave-owners in the British Caribbean at the time slavery ended, amassing and analysing information about the activities, affiliations and legacies of all the British slave-owners on the database.

Keith McClelland now works part-time in the Centre for the Study of the Legacies of British Slave-ownership. (https://www.ucl.ac.uk/lbs/project/staff) His particular responsibility is for maintaining the database and website. He was previously Co-director of the Structure and Significance of British Caribbean Slave-ownership 1763–1833 project (2013–2015) and co-founder of the original Legacies of British Slave-ownership project (2009–2012). He was also Acting Director of the Centre from September 2019 to May 2020. A social and political historian, he has a long-standing interest in forms of labour—enslaved, coerced and ‘free’. 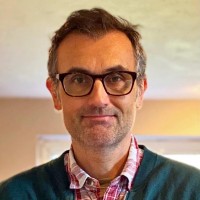 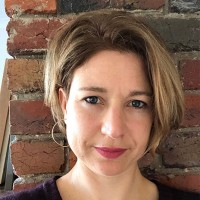 Georgina Arnott is a Postdoctoral Research Associate in History at the University of Melbourne and a member of the Western Australian Legacies of British Slavery project. Her research interests include biography, Australian colonial history, British imperial history, and Australian literary and intellectual history. Georgina leads the research theme Revisionist Biographies: Forgetting and Remembering Slavery. Her research is centered on high-profile Western Australian families who arrived in the Swan River colony with connections to various forms of un-free labour. Georgina will contribute updated entries for the Australian Dictionary of Biography and consider how public commemorations—place names, statues, biographical indexes—have made connections between slavery and Australia in the present either more or less visible. Georgina’s first book, The Unknown Judith Wright (UWAP, 2016), was shortlisted for the National Biography Award in 2017, and she is currently editing a collection of Wright’s non-fiction for La Trobe University Press/Black Inc.’s Australian Thinkers series.

Our research project is also linked to The University of Western Australia’s Modern Slavery Research Cluster. The UWA Modern Slavery Research Cluster (MSRC) brings together interdisciplinary researchers and students from across UWA and our partners to contribute to tackling Modern Slavery. We adopt a broad approach to modern slavery and as a working definition consider modern slavery to be: ‘… an umbrella term used to describe a number of crimes, including, but not limited to, human trafficking, forced labour, sexual slavery, child labour and trafficking, domestic servitude, forced marriage, bonded labour including debt bondage, slavery and other slavery-like practices’. Read more about the MSRC.